On July 17, 2020, the world lost civil rights icons C.T. Vivian and John Lewis just hours apart. Working tirelessly their entire adult lives for positive change through nonviolent tactics, these men have set an example for generations of activists and everyday citizens to come.

In a statement, The Wright's President & CEO Neil Barclay reflected: "In the past several weeks we have lost two individuals whose lives exemplify the power of us aspiring to a higher purpose and calling.  May we use the example of these two men as an inspiration for our own journey to assure that we leave behind us a more just and equitable world."

"Leadership is found in the action to defeat that which would defeat you…You are made by the struggles you choose." 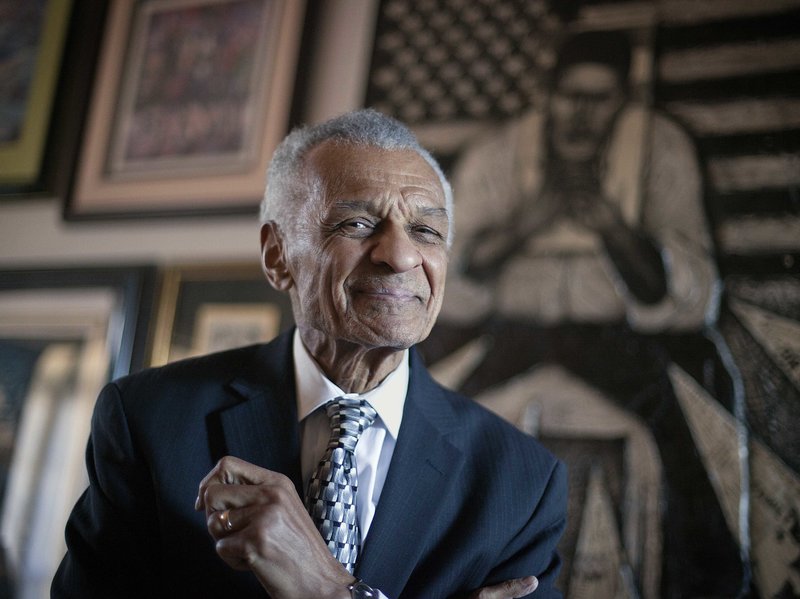 C.T. Vivian's first nonviolent protest was a lunch counter sit-in in Peoria, Illinois, in 1947, according to the National Visionary Leadership Project. With the help of his church, he enrolled in American Baptist Theological Seminary in Nashville in 1955. That same year, Vivian co-founded the Nashville Christian Leadership Conference, an affiliate of the Southern Christian Leadership Conference. By 1965, Vivian had become the director of national affiliates for the SCLC. In one incident, while leading a group of people to register to vote in Selma, Alabama, Sheriff Jim Clark blocked the group, then beat Vivian until bloody on live television. The images helped galvanize wider support for change.

C.T. Vivian continued to work to achieve civil rights from the 1970s until his passing. President Barack Obama awarded Vivian the highest civilian honor in the nation, the Presidential Medal of Freedom, in 2013.

"Nothing can stop the power of a committed and determined people to make a difference in our society. Why? Because human beings are the most dynamic link to the divine on this planet."

As a young boy growing up in Alabama, John Lewis was inspired by the Montgomery Bus Boycott and the words of the Rev. Martin Luther King Jr. Demonstrations like these and incidents like the lynching of Emmett Till compelled Lewis to become a part of the Civil Rights Movement. In 1961, he volunteered to participate in the Freedom Rides and by 1963, Lewis was dubbed one of the Big Six leaders of the Civil Rights Movement. At the age of 23, he was an architect of and a keynote speaker at the historic March on Washington. Two years later, Hosea Williams, another notable Civil Rights leader, and John Lewis led over 600 peaceful protestors across the Edmund Pettus Bridge in Selma, Alabama on March 7, 1965. They intended to march from Selma to Montgomery to demonstrate the need for voting rights in the state.  The marchers were attacked by Alabama state troopers in a brutal confrontation that became known as "Bloody Sunday."  News broadcasts and photographs revealing the senseless cruelty of the segregated South helped hasten the passage of the Voting Rights Act of 1965.

In the years following the passage of the Voting Rights Act, John Lewis continued to organize, and by the 1980s had entered the realm of politics where he was eventually coined "the conscience of the U.S. Congress.” A best-selling author and recipient of countless awards, Lewis worked on behalf of the American people until his dying day.

Click or tap here to read Congressman Lewis' final words in an essay entitled, "Together, You Can Redeem the Soul of Our Nation."