Are you interested in becoming an Exhibitor for African World Festival 2021? 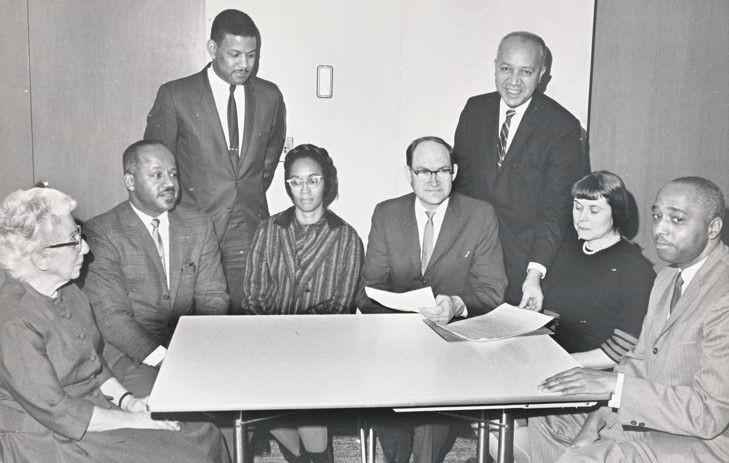 Dr. Audrey Smedley, a pioneering African-American anthropologist, passed away peacefully on October 14, 2020, at her home in Beltsville, MD.

Dr. Smedley is predeceased by her siblings, James, Valeria, Miriam, and Ulysses Jr., and is survived by younger brother Laconia, as well as two children, David and Brian, and two grandchildren, Avery and David. Dr. Smedley is best known for her scholarship on the history of the concept of "race" - an idea that emerged in the Americas, she argued, to justify chattel enslavement of Africans and the genocide of indigenous people. Her book, Race in North America: Origin and Evolution of a Worldview, was recipient in 1993 of the Outstanding Book Award from the Gustavus Myer Center for the Study of Human Rights in North America. In 2012, Race in North America was published in its fourth edition along with Dr. Smedley's son Brian as co-author. Dr. Smedley's scholarship also appeared in the Encyclopedia Britannica, as lead contributor to the publication's section on race, and informed the American Anthropological Association's statement on race. Dr. Smedley also appeared in the California Newsreel documentary film, Race: The Power of an Illusion.

Dr. Smedley was born in Detroit, MI, on October 31, 1930, the eldest daughter of Ulysses and Mattie Smedley. Audrey Smedley learned the value of education and hard work from her parents; her mother, a beautician, balanced her career while raising six children, and her father worked for the Ford Motor Company for 33 years before his retirement, during which he owned and operated a gas station with his late son James. Dr. Smedley was educated in Detroit Public Schools before attending the University of Michigan on scholarship. She graduated from the University of Michigan in 1954 with a B.A. in History, Letters, and Law Program, and earned an M.A. in Anthropology from the same institution in 1957 with a concentration in history. Dr. Smedley conducted an investigation of the social and economic organization of the Birom of Northern Nigeria in 1959-61. She earned her Ph.D. in Social Anthropology from Victoria University of Manchester, England, in 1967, while raising two boys as a single mother.

One of the nation's first African-American women anthropologists, Dr. Smedley battled racism and sexism to build a career in academia. She taught at Wayne State University and Oakland University before accepting a Bunting (now Radcliffe) Fellowship at Harvard University in 1971. She later taught at the State University of New York at Binghamton (now Binghamton University) and Virginia Commonwealth University. At the time of her death, Dr. Smedley was Emeritus Professor of Anthropology from both institutions. Dr. Smedley was a co-founder of the Museum of Afro-American History in Detroit (now the Charles H. Wright Museum of African-American History). She helped curate the museum's mobile exhibit, obtaining artifacts from as far away as the British Museum, seen by an estimated 1 million people.

The American Association for the Advancement of Science (AAAS) honored Dr. Smedley as a Fellow for her contributions to anthropology and the history of race and race relations. She also won the Delta Sigma Theta-Delta Award for Excellence in Afro-American History and Anthropology. Known for her generosity to social and racial justice causes, in 2010 Dr. Smedley established the U. and M. Smedley Family Merit Scholarship at VCU, awarded annually to a VCU undergraduate student interested in the study of Africa and/or the African-American experience. The family requests that any memorial gifts be made to the VCU Foundation in support of the U. and M. Smedley Family Merit Scholarship. Donors may send contributions, noting the "Smedley Family Merit Scholarship" to the VCU Foundation, Box 842039, Richmond, Virginia 23284, or make a gift online at support.vcu.edu [support.vcu.edu] (keyword search "Smedley"). Private services were held at the Donald V. Borgwardt Funeral Home in Beltsville, MD.