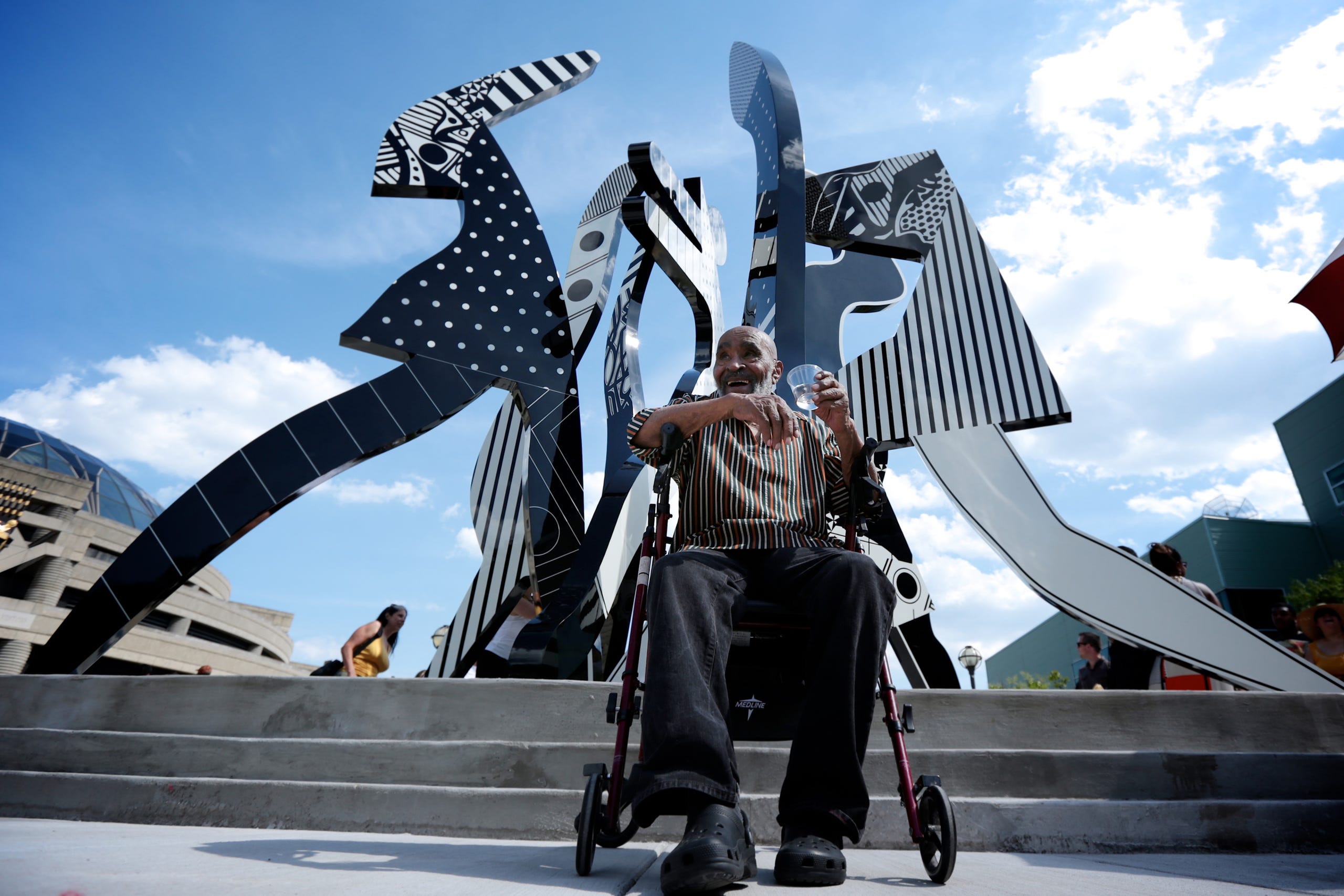 One of the most respected figures in Detroit’s art community, Charles McGee, has passed away at the age of 96.

McGee, who grew up in poverty in South Carolina, moved to Detroit at the age of 10. After serving in the United States Marine Corp, McGee studied art for one year in Barcelona, which he’s always called one of the highlights of his life. Upon his return to Detroit, jobs in auto plants enabled him to continue his studies at the venerable Society of Arts and Crafts (now the College for Creative Studies). In 1969, McGee opened Gallery 7, one of the very first galleries nationwide to focus on African-American and African art.

“Shortly after the museum opened” in 1997, McGee says, “I went down there and talked with them about the possibility of having a piece of sculpture installed.” Having thought about what this sculpture would look like, McGee spent nearly 15 years working on completing a 20-foot-tall, black-and-white composition. In late July 2016, McGee unveiled the “United we Stand” Sculpture that sits on the Farnsworth entrance of the Charles H. Wright Museum of African American History in Detroit and amazes visitors to The Wright, every day!

“Having impacted every corner of the arts, history, and culture world we are eternally grateful to have met, interacted with and continue to benefit from the legacy of Mr. Charles McGee”, says Neil Barclay, President & CEO of the Charles H. Wright Museum. “Our institution stands taller as a result of his influence and his many contributions, including the iconic “United we Stand” Sculpture on our museum’s campus , which will continue to serve as a beacon of hope to staff, volunteers and visitors alike, for years to come.”