NATIONAL NETWORK OF BLACK MUSEUMS TO RELEASE THEIR SECOND FILM

BLKFreedom Continues the Tradition of Exploring Freedom, Justice, and Democracy in America 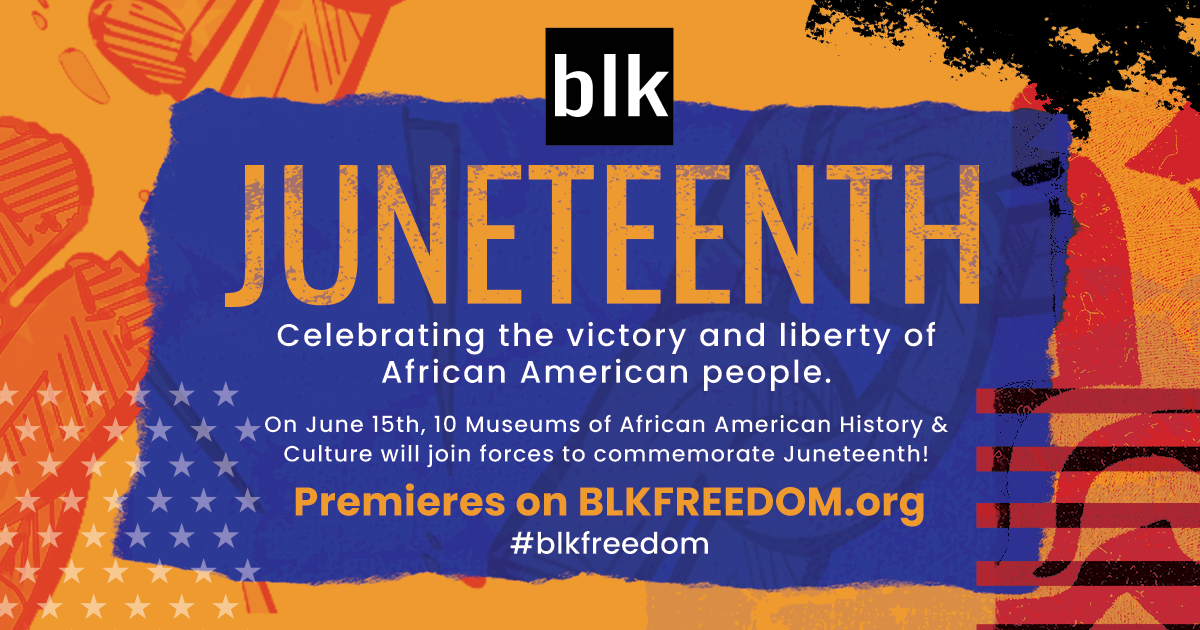 On this June 15th, 10 leading Black museums and historical institutions from coast to coast will join forces for BLKFREEDOM.org to commemorate Juneteenth, the day that the Emancipation Proclamation was officially enforced, ending enslavement in Texas. The annual collaboration has produced a film documenting the national exploration of the deep-rooted anthem “Lift Every Voice and Sing” through the eyes of historic museums and anthropologists from across the United States. The film will premiere on June 15, 2021, at 12:00 PM EST/11:00 AM CST/ 9:00 AM/PST.

BLKFREEDOM.org will commemorate the anniversary of Juneteenth. Juneteenth dates back to June 19, 1865, when union soldier, Major General Gordon Granger, landed at Galveston, Texas with the news that the war had ended and that the enslaved were now free. This announcement was more than two and half years after President Lincoln signed the Emancipation Proclamation.

The film will explore the historical influences on the evolution of the black in America using the context of the national anthem “Lift Every Voice and Sing”. Streaming audiences globally will explore the pride of over 200 years of Gullah culture, perseverance of Little Africa through Black Laws, Tenacity through industry and pop culture in Detroit, and resiliency during the COVID Era. Additional performances will feature the African American Cultural Ensemble (ACE), West African Dance, and poetry.