Every Thursday night is Late Night at The Wright! Stop by for an after-work or after-school visit until 7 PM.

2020 marks 100 years from the birth of saxophonist and composer Charles Parker, Jr. In celebration of this centennial, the Charles H. Wright Museum is honoring Parker's impact and achievements from August-October 2020 through reflections, discussions, and more.

Detroit-based artists will be showcased in a 30-minute autobiographical video that highlights their early introduction to their art forms, key collaborators, rare photographs, artistic inserts, and statements about their key influencers, including the impact “Bird” has on their artistic vision and expression. Features include:

This program will also include a special tribute to radio personality Ed Love of WDET, and formerly of WJZZ and WCHD. (October 7th -10th, virtual)

Visit: www.concertofcolors.com for the full line-up.

Thank you for your support. 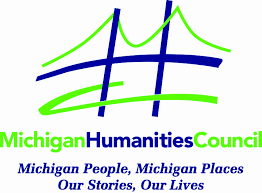